Some of the folks who worked behind the scenes after the release of “Swing My Way” went on to succeed independently.
Verse writing credit for the remix version of the song goes to Atlanta rapper Ludacris.
A decade after her debut, the background singer Algebra Blessett became a neo-soul performer.
Later, Mixzo produced music for performers including Fiend, Juvenile, Lil Wayne, Aaliyah, Ludacris, and Maxwell.
The remix’s producer, Carl Mo, is well known for creating the OutKast song “The Way You Move” from 2003.
American rapper J. Cole and American singer Bryson Tiller both used the song as a sample in their respective songs “Deja Vu” and “Exchange,” which both became hits.
The music video, which was made by visual artist and designer Ron Norsworthy, also included a young Polow Da Don. 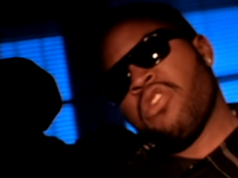 Ice Cube – It Was A Good Day